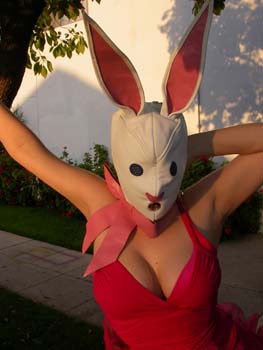 Easter—it makes me think of gay boys drinking beer and pissing on each other. Wanna find out why? I’m on my way to the Faultline. If you want to have a fantastic adventure now is a good time to call. I probably won’t hear my phone ring once I get to the bar.

Several years ago my friend JoJo called me up and asked me if I would help him run a beer bash at a local gay bar. Sure thing I said, not fully understanding what a beer bash even was. “Butch it up” he told me. I arrived in my favorite Easter dress, everyone scowled.

When JoJo saw me he said “I told you to butch it up and you come in this pink dress … WTF?” “I drove the truck” I said pointing at a monster mobile that wasn’t even mine.

Well “your gonna run the keg … good luck with that” he said as he handed me a tap and scurried off to attend to his gay boy administrative duties.

I discovered pretty fast that a beer bash is a $5 all you can drink cheap beer extravaganza! Gay boys began flocking to my keg faster than I could pour. At first they were a bit cunty about my dress but after a few beers the bi curious ones started talking to me and my the end of the night I was dancing with a group of hard bodies in my underwear.

There were a few other women there but they had butched it up. My choice to wear a pink frilly dress and Easter bunny ears made me quite a hit, once everyone had their $5 worth. Now Easter it is my favorite kinky holiday!

I am off to the Faultline for a beer bust – thanks JoJo for turning me onto them. The sexy gay boys rubbing up against each other – the piss boys recycling their beer – I just love it. 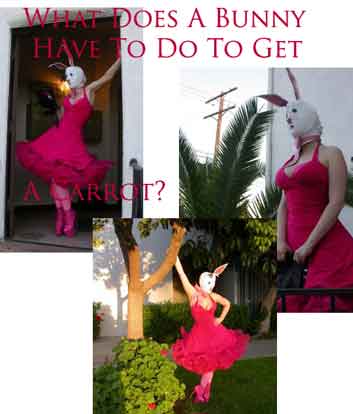