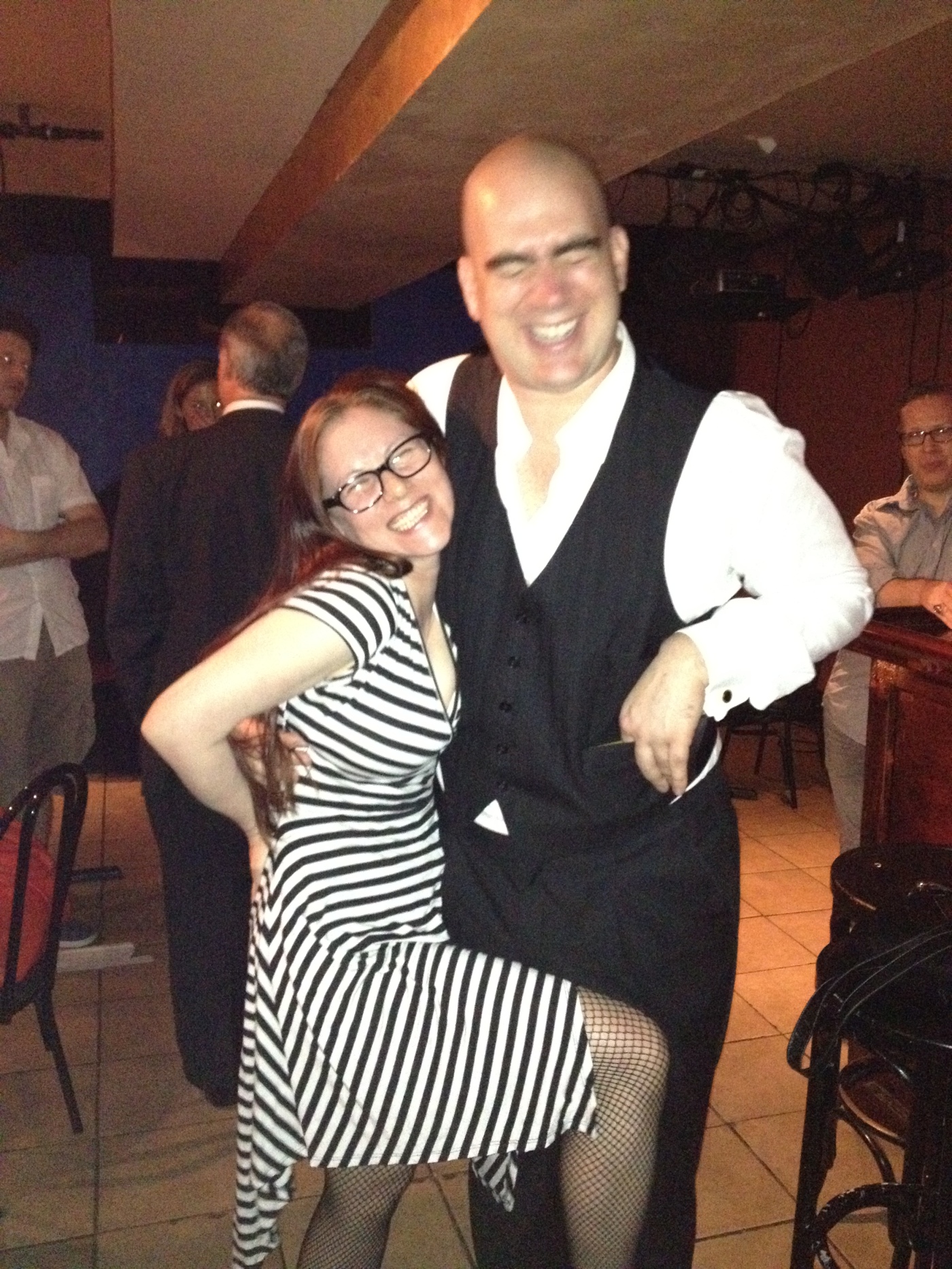 I went to NYC for a few days for a little RnR. I ordered a bottle of really delicious wine with dinner, intending it to be for the four of us. Well for reasons we don’t need to get into I ended up drinking most of it.

Then we went to see ‘Who Loves You, Baby?’. Do you remember Kojak? If not you suck, go ask the google how awesome Telly Savalas is and bow before his legendary greatness.

So we get to the SoHo Playhouse and we are the last people to be seated. Telly comes out, doing the super 1970 lounge act, I kept drinking and watching with awe.

When his totally fantastic show came to a close, he came out in the house to greet fans, sign autographs, and to his surprise giggle as drunk ass Widow Centauri groped him.

I haven’t been drunk in a really long time. I have been stone cold sober. The bottle of wine made me all sorts of drunk groupie. I was blown away watching this legend, who everyone thinks has been dead for twenty years, time warp an entire theater full of people. At my very first opportunity I started throwing myself all over him. I’m really glad I took his hints and got the fuck out of there before I made a giant fool out of a sweet drunk groupie. I’m not usually star struck and I’m not usually drunk. It was a really happy combination.

And Telly played it so cool. His show was an epic time warp of weirdness. You have to be pretty fucking spectacular for me to think you are weird. I’m the queen of weird. This show was weird. I totally recommend that you GO SEE ‘WHO LOVES YOU, BABY?’. Don’t miss out. The run comes to a close at the end of August. Thursday and Friday nights at 10:00 PM downstairs at the SoHo Playhouse.

But really, wouldn’t you grab Kojak’s ass if you had the chance? It was perky and round. Not bad for a dead man.

Go see his show, and see if you can get a grope in — for me.